A History of Wine in the Sierra Foothills 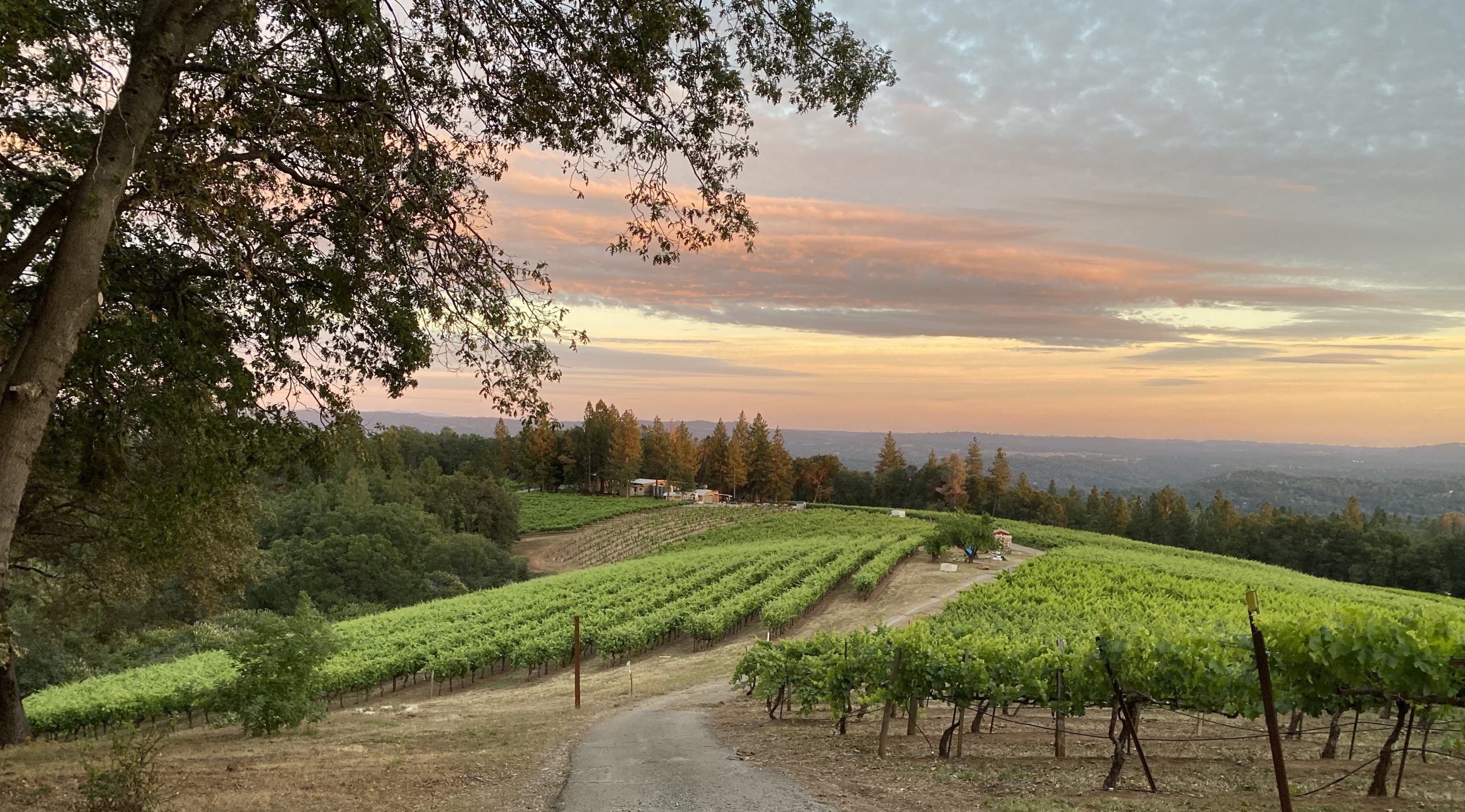 The 1849 California Gold Rush started as a frenzy for wealth. But while most prospectors left after realizing that their hopes for riches wouldn’t come to fruition, a few stayed, tilled the soil, and turned their skills at farming into success.

The Myth of the Prospector

During the Industrial Revolution, mining was dangerous, grueling work. Miners toiled all day and night digging for coal and precious metals. Although most of these miners worked for a company, the myth of the independent miner, digging in the wilderness for gold and jewels on their own, persisted. This myth came about because of the California Gold Rush and drove migration to the Sierra Foothills.

James W. Marshall found gold in Coloma in 1848, and his discovery sparked a frenzy of people, mainly young men, running out to California. Many of these prospectors were looking to strike it rich, or wanted an opportunity to rise out of poverty or toiling in fields and factories.

And as a flock of people came to northern California, demands for business and services grew. These included farms, shops, and alcohol. Wine was a popular drink among prospectors, especially more potent varietals like Zinfandel.

Immigrants brought vinting with them. One of the first wineries in California was established by Swiss immigrant Adam Uhlinger, who planted grapes in the Sierra Foothills in 1856. European immigrants often brought plant cuttings from home with them, so when they didn’t strike gold, they planted what they came with and started wineries inspired by the places they came from.

Although the California Gold Rush died a few years after Marshall’s find, the migration to California and the booming industries it spurned caused industrialization to follow. Towns exploded in size, including Pleasant Valley, where we’re located. At its first height, Wine Country was full of 100 wineries, including the Tiger Lily Winery that inspired our Tiger Lily Wines.

And as cottage industries and people grew, so did industrialization. Mining and factories moved in, and so did technology. During this boom, the Sierra Valley Foothills became one of the highest producing areas for wine in the state.  Hydraulic mining, a way to mine that uses highly pressurized water, was introduced to California during the Gold Rush and would spell the beginning of the end of the first wave of California Wine Country.

With a boom, comes a bust. Hydraulic mining was declared illegal due to its environmental impacts and its damage to local farms. Due to this ruling, a lot of the miners left, leading to a population bust and a decrease in demand for local wines.

Then, Prohibition all but killed wineries in the Sierra Foothills. Since alcohol was illegal, the only wineries that were allowed to operate were ones licensed to make wine for churches.

Although Prohibition was repealed in the 1930s, California Wine’s comeback wouldn’t come until much later. Farmers could still grow grapes for personal consumption under the Volstead Act, and by selling grapes, some independent growers could stay afloat.

The resurrection wouldn’t come until well after Prohibition’s repeal. In the 1950s, wineries started making a comeback, but the Sierra Foothills region wouldn’t see a resurrection until the 1970s.

Playing a Part in that History

Sierra Vista Winery reopened its doors during this decade, and we’re proud to be part of the resurrection of wine in the Sierra Foothills. After replanting in 1974, our first bottles of wine were ready for purchase and tasting.

With a climate that mirrors some of the best wine-growing regions in the world, it was inevitable that the Sierra Foothills would bounce back as a hotspot for wine. While carrying the tradition that was started y the Gold Rush forward, preserving the spirit of entrepreneurialism and perseverance forward is something that brings Sierra Vista Winery pride.

To experience a Sierra Foothills-inspired wine, check out our Tiger Lily collection, based on the original winery that stood where we are now. Also, if you want to experience the Sierra Foothills yourself, stop by and see us! Book an event, tour, or reserve a pod today!